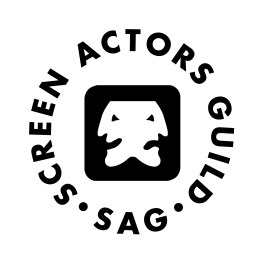 So the SAG awards were last weekend and Argo won the SAG Ensemble award. This award, when won by itself, means very little. However, Argo also has the PGA win under its belt. Below are the SAG Award winners and their probability of winning the Oscar.

These are not good odds. Judging by SAG Ensemble alone, I would say no to Argo winning Best Picture, but Argo has also won the PGA award.

There can be no doubt that Daniel Day-Lewis wins the Oscar.

The SAG & Oscar Actress nominations have never matched lower than 4/5. This year, they match 3/5. Jennifer Lawrence has the more robust role, while Chastain, doing everything her role called for, was stuck playing a character with rather less amount of personality.

It’s Tommy Lee Jones’ to lose. Philip Seymour Hoffman could also win and Christoph Waltz could be a surprise winner as well, though an Oscar winner without having a SAG nom is very rare.

As annoying and humble-braggy as she is, she will win. Now, to prepare for her cringe-worthy acceptance speech.

*this is me going out on a limb.

82% of the SAG nominees for Best Actor match the Oscar nominees.

If history tells us anything, then 1 of these actors will not be nominated for an Oscar. I feel strongly that at least 1 actor will drop off the Oscar ballot due to Joaquin Phoenix’s incredible performance in The Master.

Daniel Day-Lewis is a lock because he has crushed the precursors. Hugh Jackman and Denzel Washington have that staying power. Bradley Cooper and John Hawkes are on the fence, though Hawkes’ performance might be more up the Academy’s alley.

…look out for a Christoph Waltz shocker who has been put into Supporting, but evidently is a lead and we all know that the Academy has no qualms about crossing over Lead to Supporting categories.

90% of the SAG nominees for Best Actress match the Oscar nominees. In the SAG Best Actress category has never matched less than 4 Oscar nominations and it’s 50/50 that all nominees will match.

Chastain and Lawrence are locks as they have dominated the precursors and Marion Cotillard doesn’t seem to be going anywhere. Naomi Watts has made a surge in the last few weeks and Helen Mirren could be nominated by the Academy for waking up in the morning.

Emmanuell Riva could get a nomination for Amour. Quvenzhane Wallis in Beasts of the Southern Wild should not be forgotten and Rachel Weisz has received some recognition for her performance in The Deep Blue Sea.

78% of the SAG nominees for Best Supporting Actor match the Oscar nominees. It’s best to assume at least one slot will be replaced.

Tommy Lee Jones and Philip Seymour Hoffman are locks at this point. The Academy is sure to nominate De Niro for his first decent performance in years and I really like this Javier Bardem nomination, who gave a really nice performance in Skyfall. Alan Arkin is beloved by the Academy, but this is a ho-hum nomination in my opinion. It could easily go to Christolph Waltz, who has been shoe-horned into the Supporting categories for this performance in Django Unchained or Matthew McConaughey for Magic Mike. Whatever the case may be, there will be some Django disappointment when neither DiCaprio nor Jackson gets a nomination. In a weak year, you could have 3 Django Supporing Nominees (Foxx, DiCaprio, Jackson) and 1 Django Lead (Waltz).

73% of the SAG nominees for Best Supporting Actress match the Oscar nominees.

Anne Hathaway’s daunting presence at the precursors tells me she is a lock as is Sally Field. The rest are questionable and the SAG Supporting Actress category is easily the most inconsistent when it comes to matching with Oscar. They have gone 2/5 and 1/5 at times, though it’s been 9 years since they’ve matched less than 4 nominees.

If they replace 2, then I say it will be Helen Hunt and Maggie Smith. Nicole Kidman gives the standout performance in a weak film and is its only representative. If just 1 gets replaced, then I would say it’s Helen Hunt. Look out for Amy Adams in The Master and/or Ann Dowd, who has received some recognition for Compliance.

68% of the SAG nominees for Best Ensemble match the Best Picture Oscar nominees. That’s 3.4 nominees each year that match between SAG and Oscar, although if you take only the last 3 years into consideration (years with greater than 5 BP nominees), then only 2 of 15 nominees got left off the Best Picture nominations (Nine in 2009 and Bridesmaids in 2011), which is 87%.

The 1 SAG Ensemble nominee that stands out to me is The Best Exotic Marigold Hotel, which will not be nominated for Best Picture. I could see the others staying in.